The Friends of Woburn Veterans have begun work on an exciting new Memorial Flag project in North Woburn at Ferullo Field.

The memorial of flags will be illuminated in light and enveloped by a beautiful walkway made of stone.

As part of the project, several trees, some determined to be diseased, were removed following a public hearing process.  They will all be replaced by new trees planted at the site along Main Street.  The Friends will also upgrade the existing Ferullo monument located there, and move it closer to the flag memorial.

Work is expected to be completed in time for the Friends to dedicate the flag memorial back to the City by Veterans Day 2019.

Below is a conceptual drawing depicting a draft of what the project could look like. You can also click on the link below for a larger image: 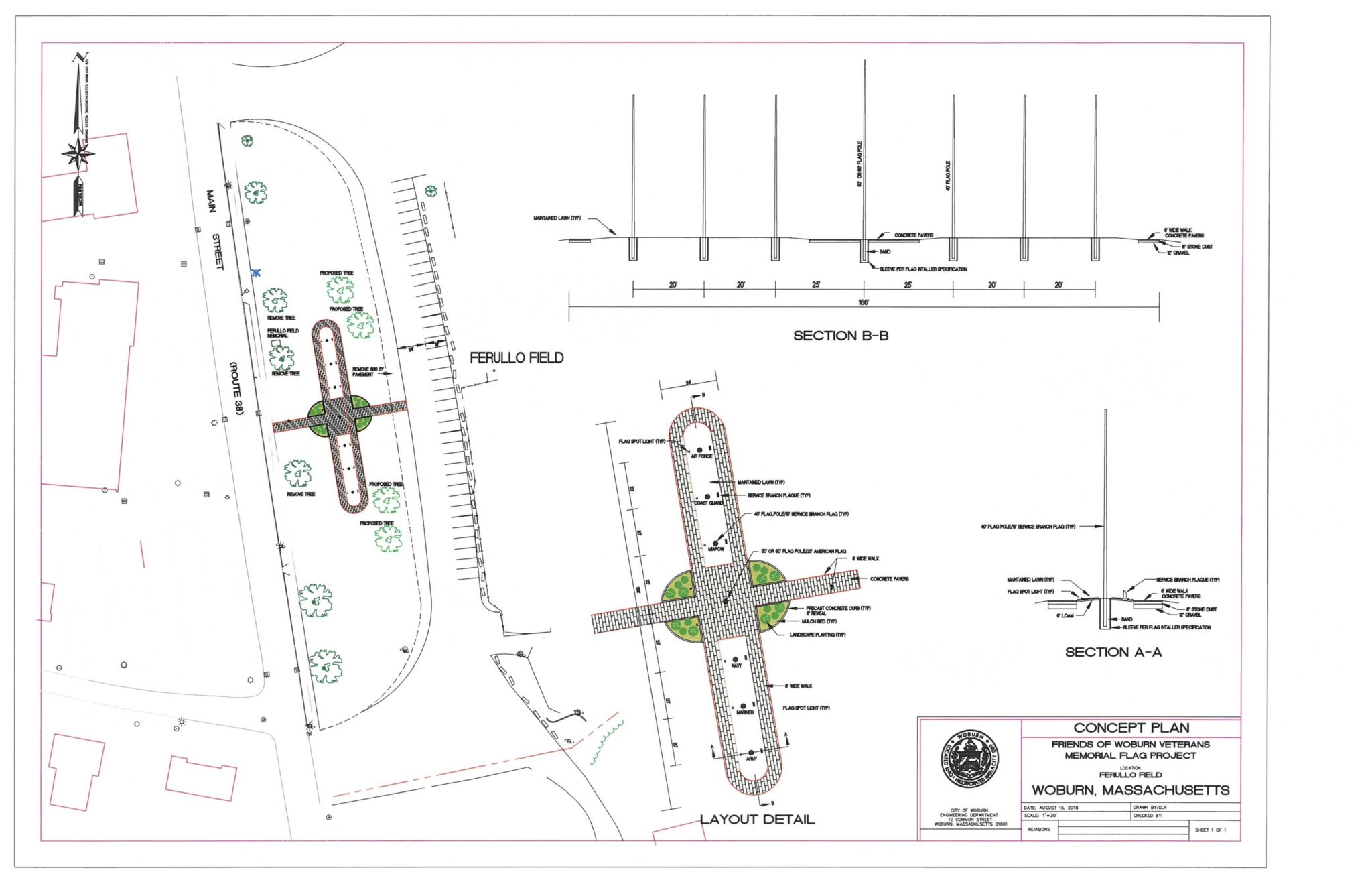 April 25, 2019 mlingblom
Website UpdatesWelcome to the City of Woburn website! To better serve our users, we have made improvements to the organization of some of our key resources. Before you start browsing, please take a moment to familiarize yourself with our new and improved navigation.