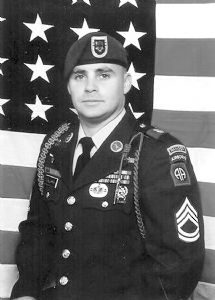 Callahan. Dear brother of Russell of NH, David, Stephen, Mark, and Barbara, all of Woburn, Jerry of Wilmington, Joan O’Brien of NH. Grandson of the late William and Cecilia Haverty and Bernard and Barbara Callahan. Also survived by many loving aunts, uncles, nieces, nephews, and cousins. A funeral mass will be celebrated in St. Charles Church, 280 Main Street, Woburn, on Wednesday, January 31st, at 11 a.m. The family will be receiving relatives and friends at St. Charles Church on Tuesday from 3 to 8 p.m. Burial will be in Pennsylvania later this week. Donations may be made in Sgt. Callahan’s memory to the Children of Keith Callahan Educational Fund, c/o Sovereign Bank, 19 Pleasant Street, Woburn, MA 01801. Arrangements are by the Lynch-Cantillon Funeral Home, 263 Main Street, Woburn. Click here to read more.

“Freedom Is Not Free”

These names are the Brave Men and Women, from Woburn, who were killed in action…