Mayor Scott Galvin, now in his sixth term as Woburn’s chief executive, is well-known for his effective work with leaders inside and outside of City Hall, as well as state and federal officials, to deliver the type of government he believes residents here deserve—one that operates efficiently, transparently and with accountability.

His steadfast and successful financial management recently led Woburn to a Moody’s AAA bond rating for the first time in the City’s history. That top vote of financial confidence opens even more doors for our thriving community—from saving taxpayers’ hard-earned dollars on interest to garnering grant funding for vital improvement projects across the City.

For instance, Mayor Galvin’s proactive, energy-conscious leadership has resulted in earning more than $1.6 million in state Green Communities grant funding for successful energy- and cost-saving initiatives for everything from electric city vehicles and charging stations to LED lighting on city streets and in city buildings.

That progressive approach has also resulted in more than $1.3 million generated in net metering revenue over the last two years as a result of the successful installation of a 3.4-megawatt solar farm building on a former landfill.

Mayor Galvin is committed to working in the best interest of residents and neighborhoods. As the City moves forward, he believes it is critically important to reject unnecessarily dense housing projects in neighborhoods and remains focused instead on responsible commercial and smart-transit-oriented, mixed-use developments with long-term City benefits that create local jobs and contribute to a stronger tax base.

He also has a proven record when it comes to investing in education and infrastructure, support and programs for senior citizens, preserving open space, supporting enhanced wellness and recreational opportunities, fostering our diverse community, and aggressive measures to eliminate neighborhood blight and crime.

Mayor Galvin’s public service has always been an expression of devotion to his hometown, where he grew up on the city’s West Side and graduated from Woburn High School.  He went on to earn an undergraduate business management degree from Providence College, and then a law degree from the New England School of Law.

He is married to Eileen (Perry), a registered nurse at Massachusetts General Hospital, and together the Galvins have raised their four children, Kayla, Alexi, Robert, and Mackenzie, here in Woburn.

As it has since he first took office, Mayor Galvin’s office door remains open to all of Woburn’s residents.

How do I request a proclamation?

Please submit your proclamation requests via the online form here. 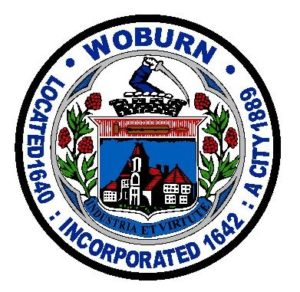